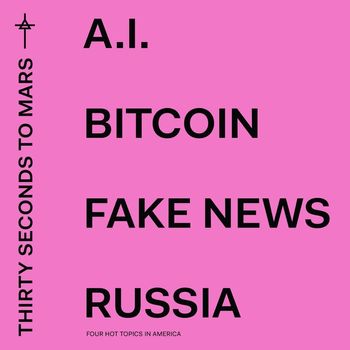 7digital What we said: Since becoming an eccentric prince of Hollywood, you’d be forgiven for forgetting that Jared Leto is also the frontman for alt-rock purveyors Thirty Seconds To Mars. Along with his brother and bandmate Shannon Leto, on their fifth studio album the group seem to have gone in the same direction as many of their emo peers: namely EDM-infused, auto-tune-heavy pop. In spite of an album title and artwork that seems to imply some kind of insightful sociological study, how much these stadium anthems really speak to the American condition in 2018 is hard to say. But a lack of acerbic commentary probably doesn’t matter: with features from the likes of A$AP Rocky and Jared’s growing fanbase outside the inner-echelon, on album number five Thirty Seconds To Mars aren't exactly short of appeal.

Also by 30 Seconds To Mars